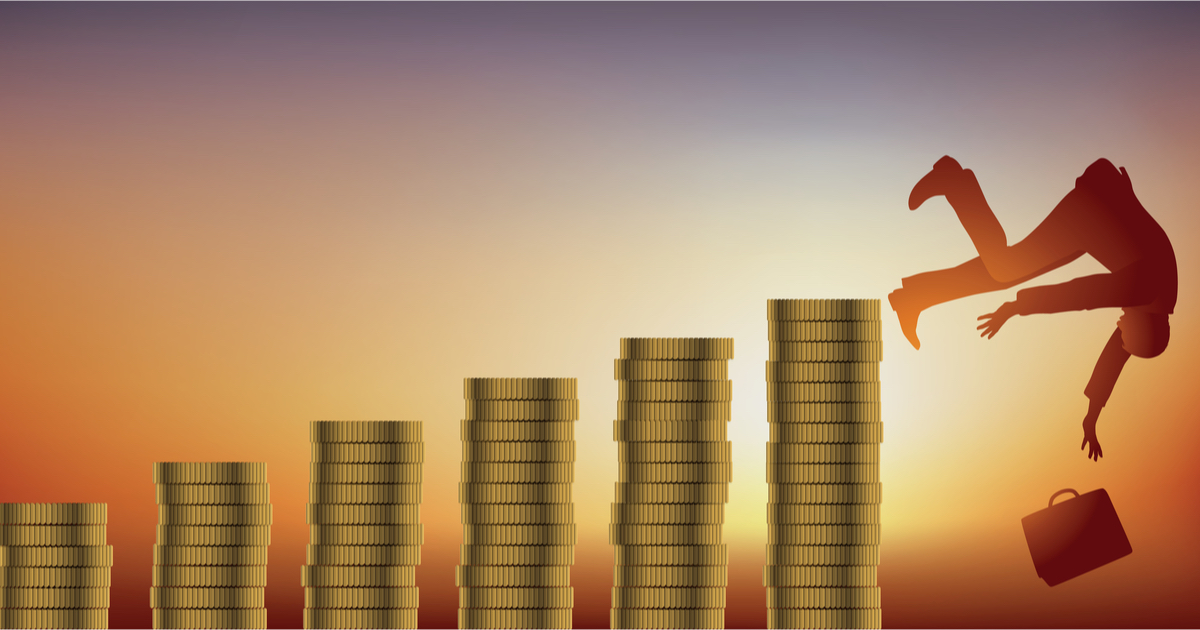 The self-managed superannuation funds (SMSF) sector is facing two decades of declining market share as its inherently older demographic transition to retirement and begin draw-downs, according to a forecast by major consultancy Deloitte.

But SMSFs, which have been the fastest-growing super sector for the past two decades, is being predicted to run third behind industry funds and retail master trusts.

All this is against the background of total superannuation assets being projected to almost triple to over $9 trillion in 2041 and the impact of stapling and other changes changing some of the fundamental market dynamics.

Looking at industry funds, the Deloitte research says they “are expected to grow at a rate above competitors due to strong current positioning and lower fees on average. Fund mergers are shifting the market structure and increasing the market share of the Industry fund segment, with the industry sector also likely to benefit most from recent stapling legislation”.

On retail funds, it said that following the Hayne Royal Commission, retail funds had responded with product closures, remediation exercises, product simplification and investment in member services. “Growth in the segment is still expected by virtue of existing scale, wealthier demographic base and ability to spend capital to develop new products and retain members up to and through retirement”.

However, on SMSFs it said that “despite the tax and other benefits for wealthier Australians, SMSFs will decline in market share in the next two decades due to their older demographic transitioning to retirement and commencing material drawdowns of assets”.

Deloitte Consulting partner, Andrew Boal said that it was no secret that industry funds were now the largest pre-retirement sector and he believed this position would gradually strengthen into the future.

“We expect the Your Future, Your Super package will favour industry funds, as most young people joining the workforce for the first time are likely to join an employer whose default super arrangement is an industry fund,” he said.

“Retail funds will also continue to grow, but not as strongly, reflecting the gradual remediation of issues raised by the Royal Commission, progressively winning back the trust of consumers, and addressing underperformance issues.”

While acknowledging the continued popularity of SMSFs among wealthier Australians, the Deloitte research suggests that industry funds will become the dominant sector, not least because of stapling but their ability to offer improved investment propositions to members.

“Many industry funds are also improving their investment propositions for members by allowing members to be able to directly invest in equities of large ASX-listed companies, ETFs and managed funds,” it said. “This provides a viable alternative for members to setting up their own SMSF in order to take more control over the selection of investments in their fund, although there are generally limitations on how much of a member’s accounts can be allocated to direct investments and a more restricted range of permitted direct investments.”

“The low fees and strong investment performance of industry funds, combined with strong inflows, will result in a growth rate of approximately 10% per annum for industry fund post-retirement assets, compared to 6.5% for retail funds and 5.5% for SMSFs.” 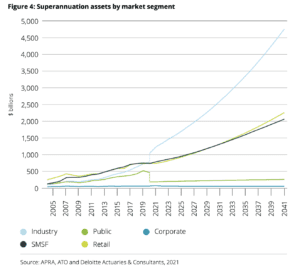